Let customers speak for us

Excellent service top to bottom! Parts as described and Canadian

Good product and value sizing ... use it in every tank ! Plus Delivered right to my door. Can’t beat that.
LJ

What can I say, it's an injector! I was noticing that the power on the truck seemed lower than before and another guy drove it and confirmed it was gutless. I hooked up the computer to it and did a koer test and #4 failed, it wasn't firing. #3 was weak too so I replaced it based on the test results. I also did the koeo test aka the buzz test and #4 wouldn't make a sound. Pulled the valve cover, swapped injector leads to see if it was wiring or injector and it was the injector. Ordered them Wednesday at 1:30, shipped at 2:30 and arrived the next day around 2:00. Put them in and what a difference! I can now hold the gear going up hills, turbo spools up faster... it works as it should. Wiped down the old injectors, put them in plastic bags as per the instructions, put them back in the box, attached the pre paid shipping label and had my core refund in a few days.

I think this is the second time I've bought parts here and shipping has always been fast and the products work. Another plus is that you can't beat the price. Thanks guys. 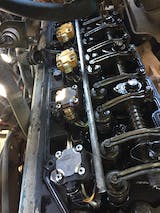 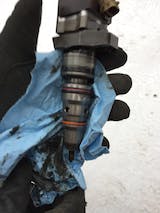 Ordered a fuel filter for the old 6.5 ...it was a great deal on price and arrived super fast...very impressive and will buy all my diesel parts here in the future

I'm glad we could help you out Jody!
123
Powered by Judge.me